A quarter of all government-insured productions have claimed against the £500m Covid scheme since its launch in October, according to Rishi Sunak.

Sunak, who described the TV and film sector as “a national treasure and a significant driver of our economy”, said: “The scheme has already received over 40 claims for productions affected by coronavirus and it is still open, so we expect to see that number grow. Of course, none of us wanted to be in this situation, but I’m glad we’re able to protect so many jobs.”

Claims are capped at £5m, meaning that around £200m is the maximum that has been allocated, though the actual figure is likely to be lower.

The scheme has already been extended twice – it was initially scheduled to end in December 2020 and then in February this year – and is now slated to wrap up in April.

Marsh Commercial which operates the scheme on behalf of the government, told Broadcast in December that sticking to the April deadline could create an insurance black hole.

The broker’s Edel Ryan said it could be two years before insurance companies are prepared to resume normal service.

Asked whether an extension beyond April is being considered, Sunak said: “Last year it was clear that a targeted intervention in the TV sector was necessary for its restart. Things are starting to change, with the vaccine rollout there is a light at the end of the tunnel.

“Nonetheless, we will continue to monitor what further action is needed to support the re-opening of the economy on a case-by-case basis.”

He added: “I’d encourage productions that want to benefit from this scheme to register as soon as they can before the current deadline ends.”

To qualify, productions must commence filming before 30 April 2021 and the fund will cover coronavirus-related losses through to the end of June. The deadline for claims to be registered is 30 June 2021. 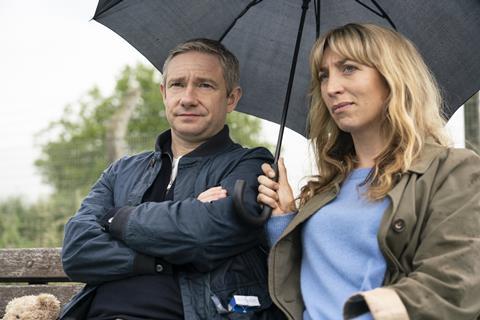 Avalon’s Sky 1 and FX co-pro Breeders, True To Nature’s Expedition with Steve Backshall for Dave and feature films Boxing Day and Mothering Sunday are among the productions to make use of the scheme, which is available to productions where at least half of the budget is spent in the UK.

Shows are also required to pass eligibility checks, supply evidence to show that they cannot return to work without this support, and adhere to the scheme rules and industry guidance on safe working.

Many TV freelancers have fallen through the cracks in terms of financial help during the pandemic, but Sunak described the government’s Self Employment Income Support Scheme as “one of one of the most generous in the world”, and said it has received claims from around 2.7m people so far.

C4: all options on the table

Separately, Sunak declined to offer much insight on the government’s plans for Channel 4.

He said: “Our focus is to look at the future of public service broadcasting in the round – and the Department of Culture Media and Sport are currently undertaking a review with all options on the table.