Planning has been submitted for a major film studios in Sunderland.

Pallion Engineering is aiming to redevelop the Pallion Shipyard in the city, which has been closed down since the 1980s.

Its proposal, named Shipyard Studios, features more than 500,000 sq ft of creative space for filming and rehearsing, as well as post-production areas, animation suites, and green rooms. In addition, it aims to have the largest covered water studio in the world.

The construction would see existing structures re-used and repaired, and a refurbishment of the site’s super-structure to reduce carbon impact. 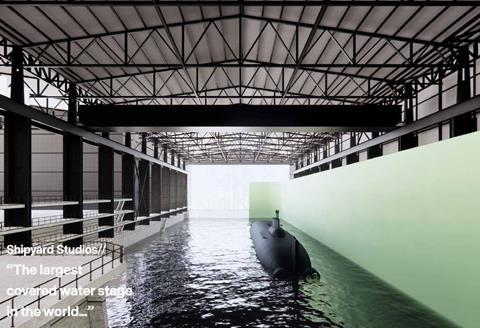 The plans are being led by production company Metalwork Pictures USA alongside events business Broadwick Live, and aim to also have an educational effort to benefit the local creative community. Also involved is real estate developer Kajima Partnerships Limited, and an appointed worldwide “Film Advisory Board led by an award-winning producer and artist”. Northern Film and Media, the University of Sunderland and Sunderland College also have input, and all groups are supported by a professional team consisting of FaulknerBrowns Architects, DPP Planning, Lambert Smith Hampton and Gleeds. 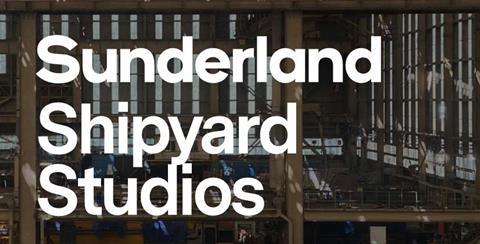 “This visionary facility for creators and producers alike will offer an overwhelmingly positive impact on the Sunderland community and surrounding areas. An area of particular focus is the creation of a deeply rooted education and mentorship program which both benefits from as well as serves the content creating community. This is hugely exciting”.

Sunderland City Council, the University of Sunderland and North East Screen have plans to make the north east region a centre for film and media.

Sunderland City Council leader, councillor Graeme Miller, said: “We welcome the owners’ ambition for retaining and reusing this significant building and are supportive of this emerging sector within the city - which represents a significant opportunity for the North East.”